While the soaring inflation is depleting consumers’ purchase power, the European Central Bank (ECB) council decided not to touch interest rates in this meeting. While the council seemed confident that the inflation will return to the targeted range of 2% in the medium term, the European figures didn’t look optimistic. In the press release earlier today, the council said “High inflation is a major challenge for all of us. The Governing Council will make sure that inflation returns to its 2% target over the medium term.”

Regarding inflation data in the eurozone, inflation rose significantly in May due to the surge in energy and food prices. Meanwhile, the ECB council believes that “inflation pressures have broadened and intensified”. Although market participants anticipate that inflation will remain elevated, the ECB council stated that “Moderating energy costs, the easing of supply disruptions related to the pandemic, and the normalization of monetary policy are expected to lead to a decline in inflation.”

There is no doubt that the Russian-Ukrainian war has weighed on the European economy, starting with supply chain disruption to increasing energy prices. These factors will continue to weigh on confidence and hinder economic growth, especially in the near future. However, in this regard, the ECB council commented that “the conditions are in place for the economy to continue to grow on account of the ongoing reopening of the economy, a strong labor market, fiscal support, and savings built up during the pandemic.”

In the effort of controlling the soaring inflation rates, ECB decided to end asset purchases under APP in July 2022. However, the council indirectly stated that interest rates are the last option if APP termination was not enough.

Regarding the pandemic emergency purchase program (PEPP), the ECB Council intends to reinvest the principal payments from maturing securities purchased under the program until at least the end of 2024. However, the future roll-off of the PEPP portfolio will be managed to avoid interference with the appropriate monetary policy stance.

As previously mentioned, the ECB is intending to keep the interest rates untouched unless all other options are in play. The Council stated “according to its forward guidance, should be satisfied before it starts raising the key ECB interest rates. However, as a result of this assessment, the ECB Council concluded that those conditions have been satisfied.”

Beyond September, the Council anticipates that a gradual but sustained path of further increases in interest rates will be appropriate. As the ECB’s commitment to its 2% medium-term target, the ECB policy will depend on the future inflation data. 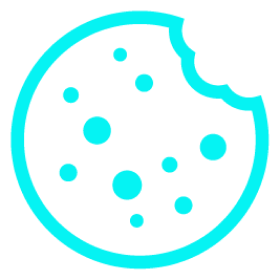